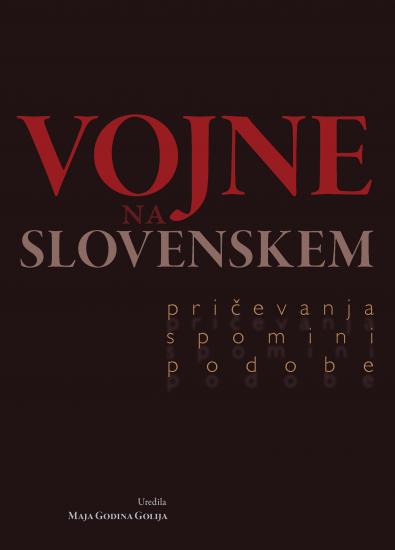 
This scientific monograph ('Wars in the Territory of Slovenia. Testimonies, Memories, and Images') examines the life of the civilian population in Slovenia in times of war. Although most of its authors are not historians they frequently encounter testimonies of suffering, wartime events, and post-war developments during their research of the dwelling culture, folk creativity, urban life, the family, and the village community. In the course of their work they have discovered a number of records, memoirs, diaries, photographs, letters as well as lesser-known stories about the life of the civilian population in Slovenia, particularly from the interwar period. The first four papers examine the life during the First World War; different destinies of Slovene families; the devastation of Vipavska Dolina; and famine, deprivation, and hardship on the front, all of which are also reflected in Slovene military folk songs. The following two articles deal with the fate of Jewish families in Prekmurje and with the civilian life in Goričko during the Second World War. The last contribution looks at Slovenes in the 16th and the 17th century during military conflicts in Friuli-Venezia Giulia and Gorizia and its vicinity.