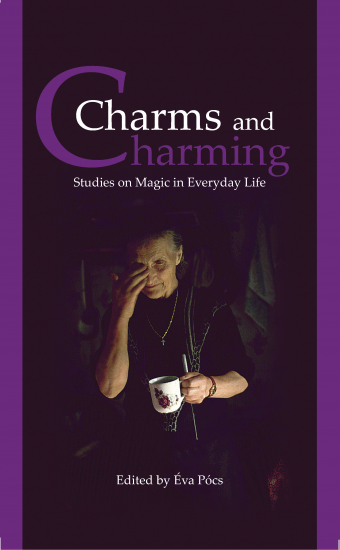 Charms and Charming. Studies on Magic in Everyday Life


In the book are presented studies of 18 renowned researchers focussing on the verbal aspects of everyday magic, placing in the centre the richest and most poetic manifestation of verbal magic – the charm or incantatio. Incantations are in Europe well spread folklore genre, which contain very old magical elemrnts. The book covers wide spectrum of regions, from United Kingdom to Russia and Iran, and includes also Slovenia. The researchers have devoted their attention to phenomenological and theoretical studies of incantatio, and have discussed various topics, from the origin of charms and ancient European magical practices, to the receptions and diffusions of different types of charms.

Svetlana Adonyeva: A Letter to the “King of the Forest”. Contemporary Magic Practice in Russia

Olga Khristoforova: “You Will Remember Me”: Witchcraft and Power in a Russia’s Local Society

Zsuzsa Závoti: “…And Swore that He May Never Harm the Sick or Anyone that can Sing this Charm”: Response to Mental Disorder in Anglo-Saxon England in the Context of Medical Charms

Louise S. Milne: One, Two, Many: Dream-Culture, Charms and Nightmares

Eszter Spät: Gift from the Sky: Yezidi Sacred Objects as Symbols of Power, Tools of Healing and Seals of Divine Favour

Inna Veselova: Transforming Reality: Personal Names in Ritual Speech. The Vinogradie or “Song of Praise” from the Russian North

Liudmila Fadeyeva: The Church of Saint Clement of Rome: The Sources and the Symbolism of the Image in Russian Charms